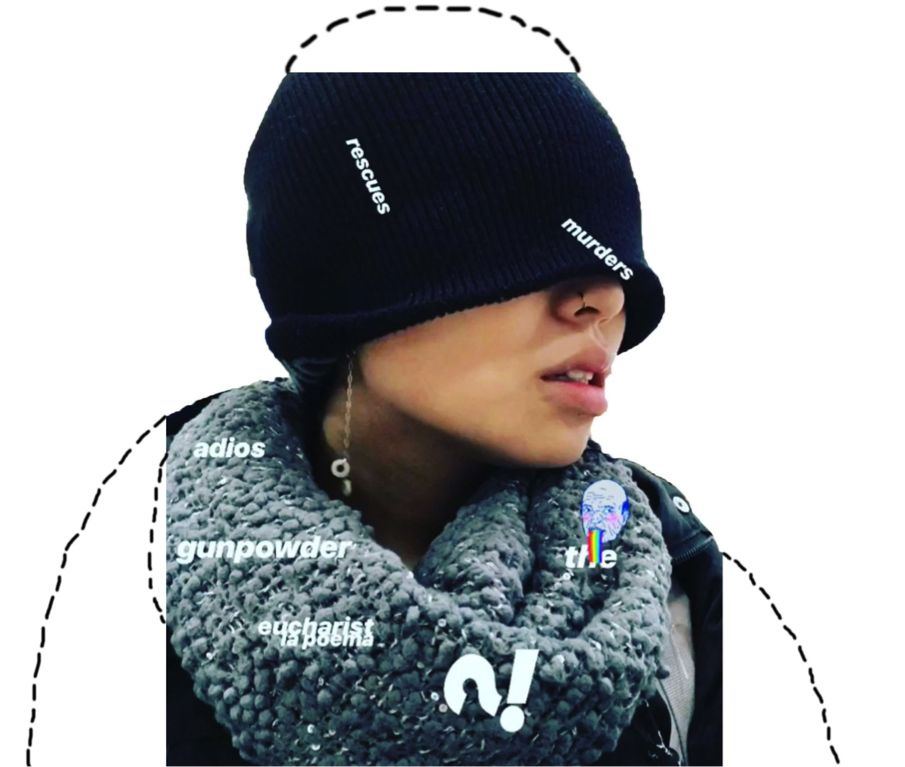 REVIEW TWO (editor’s note: excerpt of an unpublished essay by S titled ‘Beyond the Autobiographical’)
there are certain kinds of sorrow which lose their humanity once exposed. for this reason, a story is a weapon insofar as it promises to uncover, transcend, manifest. these days, she was in pursuit of an untranslatable grief. perhaps it’s a subaltern’s grief, a subterranean wavelength whose echoes can neither be heard nor understood; a grief, which, in turn, condemns the griever to the stations of irrationality; hysteria; weakness. in short, she is consumed by a feminine grief—a sorrow turned sour by its attachment, a melancholy queerly befitting the crimes of womanhood. if, at the heart of every failure and its concomitant sorrow lies a perpetrator and a cause, the circuits of gendered grief possess no single villain nor transcript of injury. there’s no event, but an archive of grief, whose unspeakable language obscures the circuit of impact until there are only shadows in its wake. the language of shadows is the tongue of elena ferrante.
tracing the lives of two italian girls through the dawn of girlhood to the dusk of solitude, ferrante’s neopolitan series is a confessional tome whose excesses spill past boundaries of speaker and spoken. at times unapologetically sentimental, and others cruelly objective, the text is the only body who materializes, in and through a chain of proxies at the end of which sits the author herself, illegible beneath the cloak of her pseudonym. those who have grieved know: where the intensity of grief propels a desire to reenact the veracity of pain, the moment of utterance is loaded with impossibilities. all fictions are in truth lies, and all writers, liars. just as the author births narrative, her words, in turn, trap her, forcing her to make public what is essentially private; universal, what is irreducibly personal. the politics of seeing is a politics of distance, is a politics of truth—is it possible, ferrante challenges us to ask, to lay the trap of words, and slip out from underneath it all?
the neopolitan series is an illusion, and the truest confessional yet. the tangled web of touches is a body without organs, or, a body with too many organs, whose slime writes, manifests, then usurps the flesh. no more is the burden of autobiography; the translucent woman’s soul. as if the language were a mask, ferrante leads the reader back to herself, so that she (and wherever she may be right now—behind the screen, tucked in the palimpsest of nostalgia, wound by the strand of the comma) were the one who penned the text, her body given bare to the creational tip of the textual scalpel. two thousand pages make a house of mirrors, so that whatever truth may be caught only glimmers in the scopophilic corridor of the seeing and the seen.
ferrante writes with a fearlessness that borders on the soft, as if she understands the unspoken terms of the scriptocentric agreement, but refuses to fall prey to the decrees of the sentence. it’s not her flesh, or even the flesh of her characters which she bares to the hardness of the serif dagger. instead, the words themselves which comprise a knife-fight: shielded by the cacophony of the metal wound, the wail of the unspeakable bares her ghostly ontology. perhaps it was joan didion who said, “we tell ourselves stories in order to live.” she is no longer sure, for, despite quivering language, the fictions we tell ourselves fail. only, in the case of elena ferrante, failure is resignified as consummation, an ephemeral articulation toward which the subaltern takes us, comma by wretched comma. until we are nothing but shadows, spilling out of the archive, tearing it asunder. 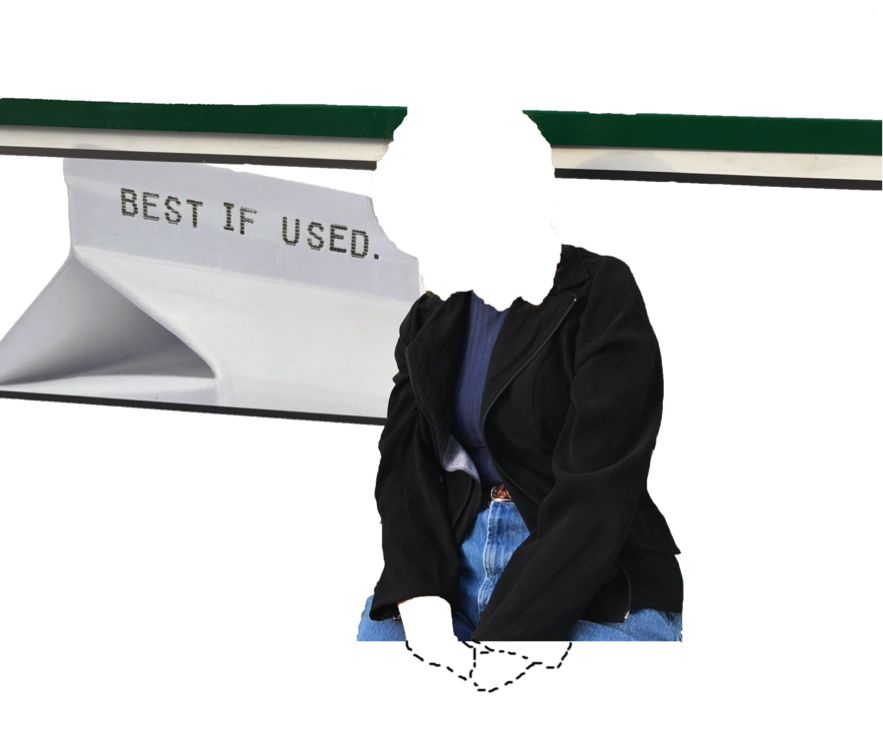 REVIEW FOUR (editor’s note: excerpt from a scrapbook entry, captioned ‘it all comes back to what you know,’ original source unclear) If words could speak, what secrets would they reveal? This is the central question underlining S’s debut collection, american symphony. Taking the form of a temporally distorted palimpsest, the essays, metafictional at one turn, observational at another, weave an archive of solipsistic madness. Lest it be rude to dismiss the inner workings of a mind as madness, S seems to want us to do just that. Her words flow erratically from one page to another, tearing the stitches of genre until creative nonfiction becomes…flash fiction, or memoir, or some variation of crea/fic/tive/non/tion. But the creative is nowhere to be found, having left only disorder in its wake.
Citing the cannon of women confessional writers from Sylvia Plath to Elena Ferrante, of whom she claims to be an ardent fan, S puts her own spin on the racialized truth-telling that she calls her life’s project. “storied daughters and woven breasts, i make nothing up,” she writes, “only pull loose clench of yarn by way of caressing you.” But if it is the illusory touch that is her objective, S has failed. Her writing, at times, veers into the sharply pedantic, or she becomes too invested in her own narrative, spinning sentences in lieu of substance, leaving the reader (and, one may fear, her self) spinning in the chaos of uncertain ideas.
Just as ideas are not created equally, neither are feelings. But feelings—the grief of betrayal, the desire of return, the ennui of misdirection—are what drive the central movement of S’s work. Where Elena Ferrante manages to draw the reader into a richly woven web of lies (demonstrating, once more, the veracity of her characters’ emotional interiority), S leaves us behind, grasping at traces of intertextual continuity that feel more like fog than rain. elsewhere, she writes,

[…] touching cheek and yanking your nose, fingers slipping hair matchstick rustle. dissolving you or—devouring you by sight. to pull you closer, like she fists loose-leaf: nothing made, up another paper crown ashy lips colored in one sepia toned breath. everything so dark so pitch black but…so hard. porcelain without life, like this, exorcism a la the luxury of self-invention, and, i don’t make anything up, except the story of my life, so bright it touched your life.

But who is porcelain? Who is ashy? And what, exactly, of her life has S revealed, to the worthiness of touching? The detached jumble of signifiers makes certain that S will never be understood, and that, it is possible, she herself doesn’t even understand. There are great writers, and there are good writers. Then, there are writers who write for the sake of writing, without feeling for the nerve endings of words, the gentle breath of the comma. S belongs in the latter category, with her unending sentences and explosive feelings. One gets the sense that she has too much to tell you; that she is convinced you will never understand; and that, principally, she is frustrated, though with whom it is unclear. To that, the literary world says: enough! If a writer is unconvinced of the meaning she conveys, then she has no business writing. Perhaps equally important, there are some feelings not worth discussing. What was it that Socrates said, by way of Thumper? If you can’t say anything nice, then don’t say anything at all. It is a lesson from which we would all benefit, S most of all.

Suiyi Tang is the editor of SPHINXX at Winter Tangerine and the author of AMERICAN SYMPHONY: OTHER WHITE LIES (CCM Press, 2019), shortlisted for the University of Alabama Press' 2018 Sukenick Innovative Fiction Prize. Her work has appeared in the Poetry Project newsletter, Fanzine, Entropy, Cosmonauts Ave, and others. An archive of her current projects may be found at legitimizedinprint.com. She is a senior at Williams College. She once wrote, “I wish to shed my skin like a snake and become someone else.” What is lost when words fail? Language can serve as a preoccupation, and in that sense become a cage.